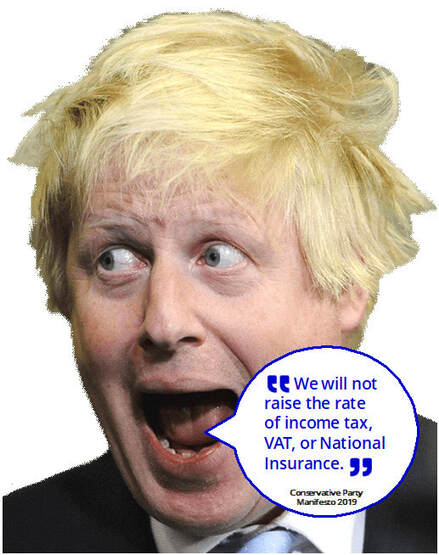 SOUTH OXHEY residents have been hit hard and left WORSE OFF after Boris Johnson broke election promises by raising taxes and cutting pensions.
​
At the 2019 General Election, Boris Johnson personally guaranteed no tax increases, said he‘d a plan to fund social care and the Tories  vowed to keep the ‘triple lock’ on pensions to ensure the maximum increase each year.
​
WORTHLESS TORY PROMISES

​Both manifesto commitments  were ditched when he hiked up National Insurance by over 10% for workers and broke his word to Britain’s pensioners too.
​        That’s simply not fair, is it?
"It’s clear that Boris Johnson had  no plans to tackle the social care crisis as he         claimed and people will still have to sell their homes to fund care. He hasn’t             fixed it at all, it’s a right dog’s breakfast,” said Councillor Stephen King.
​

TOPPING OUT CEREMONY AND LIDL OPENING BY CHRISTMAS 2022 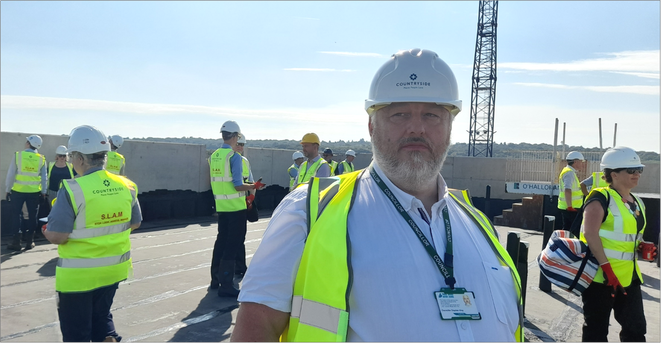 Councillor Stephen King on the roof of the building at the corner of Oxhey Drive and Prestwick Road.
THE local Labour team attended the ‘topping out’ ceremony for the latest phase of the South Oxhey redevelopment on 8 September.

​Councillors went on the roof and saw the finishing touches put to the top of the building which will house the new Lidl supermarket which is expected to open by Christmas of next year.

The local Parish Council continues its preparations for this year’s festive  fun-day on Saturday 4 December, in the new market square outside Nisa.

Chairperson Councillor Joan King said: ”We’re trying to get as may rides and stalls in as we can and get Christmas lights fixed to the new lampposts if  we can bust all the red-tape in time.”
Promoted and published by Stephen Cox on behalf of all Labour candidates, all at 10 Oriole Close, Abbots Langley, Herts., WD5 0GH.  Hosted by Weebly.